Grayson Getter's daughter, Lonette, was once as doted and loving as a daughter could be. Raising her as a widowed dad, Grayson was certain that Lonette would be a dedicated woman of God, as devoted to God as she had been to her father.

All that changed by the time she turned thirteen years old and began to discover how "uncool" it was to have such a close relationship with both her heavenly and earthly fathers. Their relationship deteriorates until, after an argument, Lonette suddenly leaves her father's house and moves in with her boyfriend.

Grayson feels immediate regret and pines to have his daughter return home again. But he refuses to seek her out, believing that, just as she had made the decision to move out, she must make the decision to return. And he felt the Lord urging him not to interfere in any way.

Unbeknownst to him, his daughter has discovered some disturbing things about her boyfriend and is now in danger. Will her father obey God and allow things to run their course? Or will he break down and try to contact her, especially since a D.C. cop has given him the heads-up that she might be in danger?

Interwoven throughout this suspenseful faith-based short story are themes of forgiveness, parenthood, the virtues of being obedient to God despite the odds, and the fact that despite how far we may go, God is always there, in often amazing yet unknown ways, to guide us.

eBook $0.99
Language: English
Availability: Currently Available
Buy this publication from one of these retailers:

Doing Business with Us
Getting your Book Published
Information for Bookstores

The last words that Lonette said to Grayson before she walked out the door permanently were “I hate you.”
Grayson knew the word “hate” was not as strong out of a teenager’s mouth as it was a seasoned adult. But it still hurt, and hurt deeply. Lonette was his baby girl, his only daughter, and never would he have imagined that the little girl who once stuck to him like glue would one day utter those words. In two years, he had completely destroyed his relationship with his daughter, and he didn’t totally understand how.
Tweet

By Louis N. Jones
About the Author 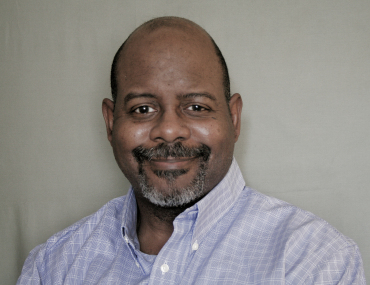 Louis N Jones is an author and publisher with over 22 years experience. Jones has worked with several publishing companies, using these opportunities to hone his writing and publishing experience. Jones also has a strong knowledge of information technology and desktop publishing, and served 13 years as an IT consultant and engineer with the United States Postal Service.  Read More