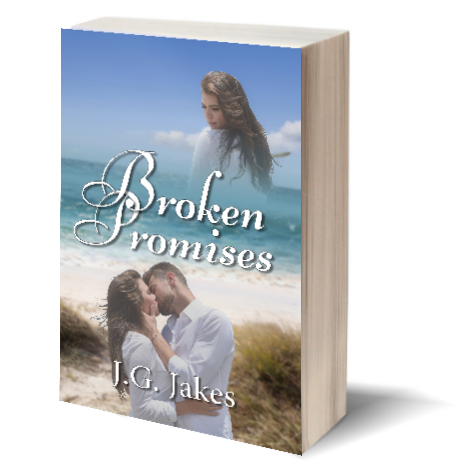 Dove Christian Publishers announces the release of a new romance novel that touches on a variety of themes, including emotional abuse, adoption, loneliness, and the journey to heal emotionally and spiritually.

Carrie Burns is an angry young woman. When her abusive mother passes away, Carrie leaves her Vermont home and its sad memories. She has recently discovered she had been adopted by the woman who had made her life miserable, and she decides to find her biological family. Her quest takes her from the Vermont hills to the beaches of Tybee Island off the Georgia coast. In Tybee’s “flip-flop” community, Carrie finds new friends and a job managing a local restaurant.

The beach becomes Carrie’s happy place. Her management talent enhances the restaurant’s reputation. She becomes fond of Griffin, a local man, and the feelings are soon mutual.

Meanwhile, a gang of thugs tries to rob the restaurant. Griffin scares the thugs off, but they shout a threat at Carrie as they peel out on their motorcycles. Shortly after that, a teenager is hit by a car on a busy street, and Griffin comforts and prays with him as his life ebbs away.

Carrie realizes Griffin has not been honest with her. How could he not tell her the truth? Though she loves Griffin, she plans to leave Tybee, but then, two of the thugs Griffin had scared away return, and they take her hostage.

Broken Promises is author Jenny Massey’s sixth novel under her pen name, J.G. Jakes. Her past works include The River’s Trilogy, I Rise, and Wings as Eagles. All of her books involve compelling plots involving moral conflict within her characters.

Jakes explains how and why the moral conflict within Broken Promises can resonate with readers. “I was led to write Broken Promises to be a blessing and encouragement for those who are experiencing the heartfelt pain of feeling lonely, brokenhearted, and helpless. My desire for those brothers and sisters in Christ was for them to be assured that God is always faithful, and His plan and His will is always perfect. Promises may be broken, life may be hard, but there is peace in the knowledge that His love is steadfast.”

At the time of Broken Promises completion, Jakes was not aware that a few months later, her own words of encouragement written in this story would actually have such a profound effect. Her husband suffered from a massive stroke and their lives suddenly turned upside down. However, as she remarks, “Through it all, as we lean upon His strength, He continues to make our yoke easy and our burden, light. Promises are never broken as long as your faith remains strong.”

J. G. Jakes (Jenny Massey) was born and raised on a South Georgia farm, where as a child, she followed on the heels of her father’s feet, loving and nurturing the land that he farmed. Bound by her family heritage, her formative years on the family farm fostered an appreciation for the wholesome values taught by farm life.

Jakes is a retired schoolteacher and promotes the way of forgiveness. She welcomes the opportunity to share her stories in bookstores.

Broken Promises is currently available in eBook and paperback at Amazon.com and other online outlets.