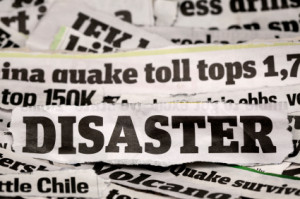 Once again, tragedy has struck America.

On May 20, a category EF5 tornado ripped through Moore, Oklahoma, a town with a population of just over 55,000 people. The tornado killed at least 24 people, including 10 children, and injured more than 353 others. This happen just over a month after the bombings of the Boston marathon, and a little more than five months after the mass shooting at the Sandy Hook Elementary School in Newtown, Connecticut.

As a Christian, I struggle with these tragedies. Like many others around the country, I watched with dismay the news coverage of these events. I witnessed the indescribable grief suffered by the families of those killed, and I prayed for them. But I also struggled to understand.

With the Boston Marathon bombings and the Sandy Hook shootings, there were people to blame. Human beings were directly responsible. Hatred, pity, disgust, and in some cases, prayers could be directed to them. We could reconcile these tragedies by attributing them to “crazy people.” We could, if we chose to do so, redirect our anger to the creation of more effective gun laws, or more accessible mental health treatment, or better security at schools and public events.

But who do we blame for a tornado tragedy? What legislation will satiate the effects of a natural disaster?

Many will blame God.  Even I, as a devout, experienced Christian, found myself struggling to understand why God would allow the taking of so many lives, especially ten innocent children or, in the case of Sandy Hook, twenty innocent children. What justice or goodness could be achieved by allowing such disasters?

These questions represent a crossroads for many of us. At this point, some Christian believers, unable to reconcile their belief in a good and loving God with such horrible events, will move down the path toward agnosticism and atheism.  If they continue to “believe” in Jesus, there is an overarching hostility toward Him, and a blatant refusal to acknowledge Him in devotion and worship. This is the point where our faith in God can be strenuously tested.

As I write this, I do not know why God allowed such events to happen. Maybe it is not for me to know. Mankind often has such an insatiable quest of knowledge that it discomforts us to realize that we cannot and do not know everything. Only God is omniscient. And my faith in Him demands that though I may not know or understand everything that God does, I still have to trust Him and believe that He has our best interest at heart. God has a purpose and a plan for us. Sometimes that is hard to swallow in the wake of such terrible events. We want to know. We want to understand. We want to make sense out of something that is senseless. But Romans 11:33 reminds us, “O the depth of the riches both of the wisdom and knowledge of God! how unsearchable are his judgments, and his ways past finding out!” In the spiritual realm is wisdom and purpose far beyond our limited and finite understanding.

I pray for the families of the victims of the tornado in Moore, Oklahoma, and for the families of all the tragedies that have occurred in this country over the past year. I don’t know the purpose behind which they grieve. Some will say that God is trying to get America’s attention. Others will say that it is the sign of the last days. But whatever it is, my faith is still undeterred. God is still in control. He is still a good and loving God. Even when it seems like He isn’t. 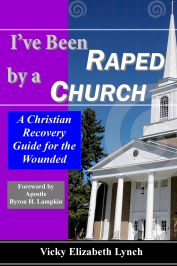