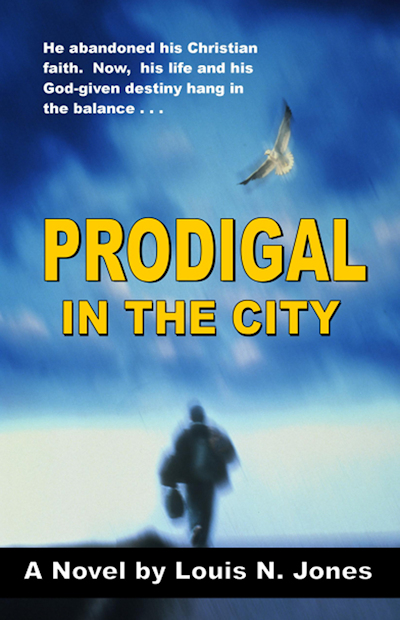 Excerpt from Prodigal in the City, a Christian suspense novel

Samuel Barnes stood, staring out the window of his room in a D.C. rooming house. It was his 45th birthday, and all he could think about was her.
He barely noticed the dark and overcast August morning, the phalanx of pedestrians heading to work, the seemingly eternal clog of vehicles on the nearby freeway. During this moment, a rerun of several such past moments, his mind was overrun with images of blissful times, long since passed. The images were vivid to him, almost as if he were experiencing them and living them at that moment.
Mavis greeting him on birthday mornings, with a wide smile and breakfast in bed.
Mavis calling him during the day at work just to say “I love you” and perhaps to utter some sensual words that would help him through his day.
His mind focused on the day of his 37th birthday, eight years ago. It was one of the best days of his life; second only to the day that he married Mavis on a sunny April day twenty-three years ago. Mavis had greeted him after work with a big kiss and a smile. Afterwards, she had led him to the dining room, where his favorite meal of lightly seasoned prime rib, collard greens seasoned with smoked turkey, and macaroni and cheese sat on the table next to a homemade birthday cake and an unopened bottle of Pinot Grigio. She had then coyly announced that she had conveniently arranged for their kids, Erica and Michael, to spend the day and night at Samuel’s mother’s home. She would then flash a sly smile and lift her eyebrows to let Samuel know that it would be a memorable evening.
Then one year later, suddenly, she was gone. To the media, she was just another statistic, the 257th murder victim of the year in D.C.
It comforted him to remember the good times they shared together. Gracious, how he loved that woman and everything about her, especially her sweet personality and easy-going manner. Read More (PDF file)

Doing Business with Us
Getting your Book Published Information for Bookstores